A podium result in difficult conditions was followed by a dominant race victory for Sam De Haan and his TF Sport teammate Charlie Eastwood in Austria, as they took on round 5 of the International GT Open championship. Race 1 saw the pair claim 2nd-place as a heavy downpour brought the race to an early conclusion, before improving to take the top step of the podium for the second of the weekend’s races. The impressive performance signed off a successful weekend for Sam, competing with the Aston Martin Vantage GT3 for the first time.

Sam returned to the Red Bull Ring having scored silverware on his International GT Open debut, 12 months earlier. This latest challenge would see him at the wheel of a new car for the weekend – the Aston Martin Vantage GT3 – competing with championship stalwarts, TF Sport, and factory driver Charlie Eastwood. The Pro-class combination promised to be one of the most exciting and competitive, and it immediately proved to be on the pace as the practice sessions saw the striking green and pink Aston Martin fighting near the top of the timing screens.

The first qualifying session of the weekend saw Sam onboard, securing 5th on the grid for race 1. His pace in qualifying was then reinforced by an impressive opening stint, initially making up a position from the start and then battling hard to defend his starting position for almost the entirety of his stint. Charlie then took over as the skies started to darken, and the rain that had been threatening started to fall mid-way through his stint. The following laps saw Charlie reel in the cars ahead as he navigated his way around the greasy track on slick tyres and, with less than 10 minutes remaining on the clock, Charlie had moved up to 2nd-place.

With Charlie still running on slick tyres, he worked hard to keep the car on the track, but standing water and heavy rain made the circuit almost impossible to drive on. With five minutes remaining on the clock, and with several cars sliding off into the gravel, including Charlie, the race was red flagged and brought to an early conclusion. With the race result taken from the positions on the previously completed lap, the #69 TF Sport Aston Martin claimed 2nd-place.

Race 2 of the weekend saw Sam’s teammate Charlie start from pole position after his qualifying result earlier in the day. In what turned out to be a less chaotic 60-minute encounter, Charlie led away from the start and worked to build a comfortable lead in his opening stint. The threat of rain was hanging in the air, but a light shower eased off to leave the remainder of the race dry as Charlie pitted with a 9-second lead at half distance.

Clean work by the TF Sport crew saw the #69 Aston Martin back out on track with Sam at the wheel, retaining the lead. From here, he continued to lap cleanly and consistently, and when his closest competitor suffered a puncture with 15 minutes remaining, the gap to the chasing pack grew and Sam was firmly in control of the pace as the clock ticked down. At the line, Sam wrapped up a convincing victory on his debut outing with the Vantage GT3, with close to a 10 second winning margin.

Commenting after his successful return to the Austrian circuit, Sam explained:

“It is great to be back here at the Red Bull Ring, and to take 2nd-place in the opening race and then improve to take a lights-to-flag win in the second is fantastic.  It was a new challenge coming here racing with the Aston Martin for the first time, but I love the circuit, TF Sport know the car better than most, and Charlie did a great job all weekend. Between us, it was a great combination, and I am really pleased that we could get the results. Race 2 was much more straightforward  than the chaos with the rain in the opening race!” 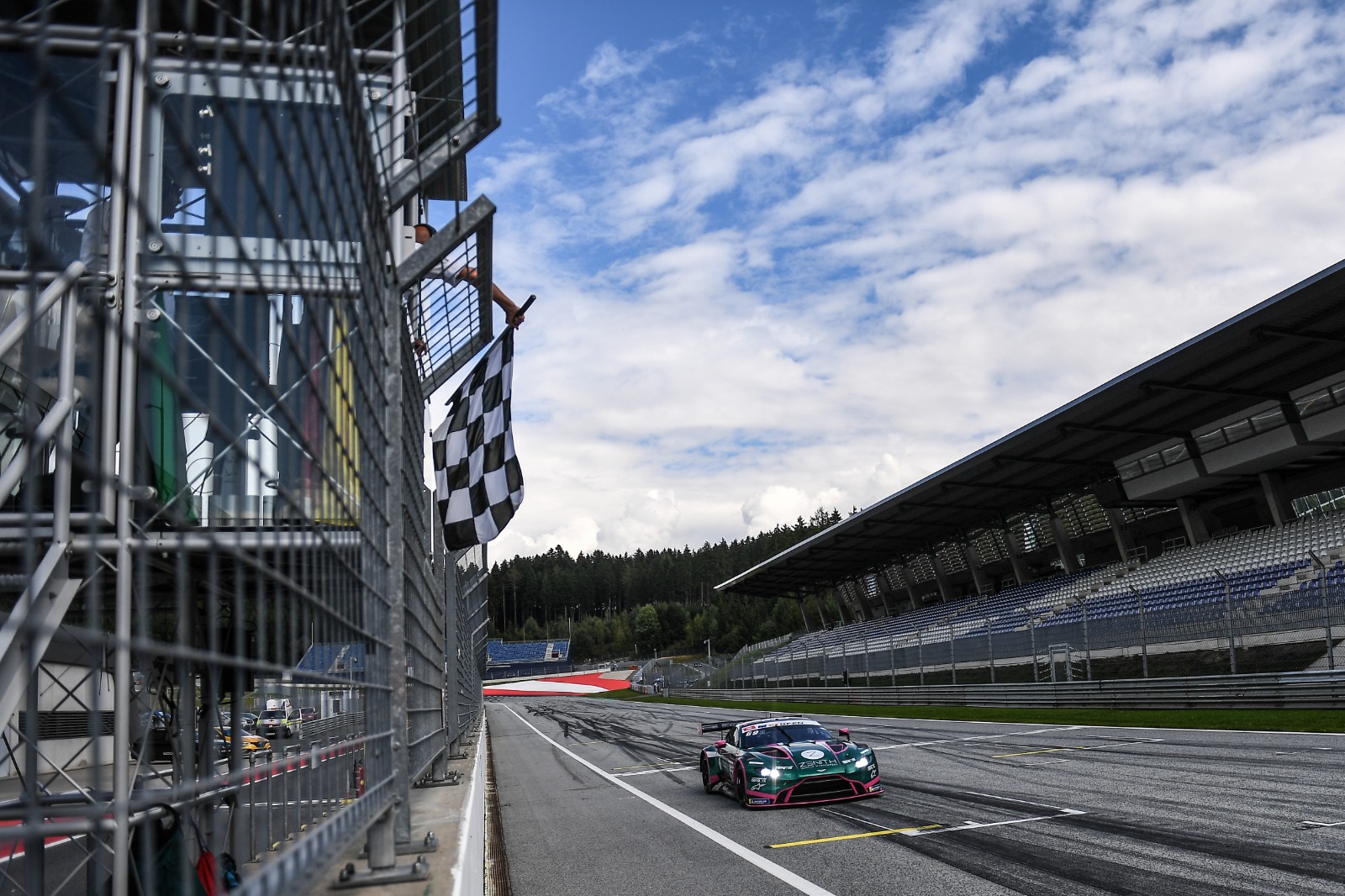 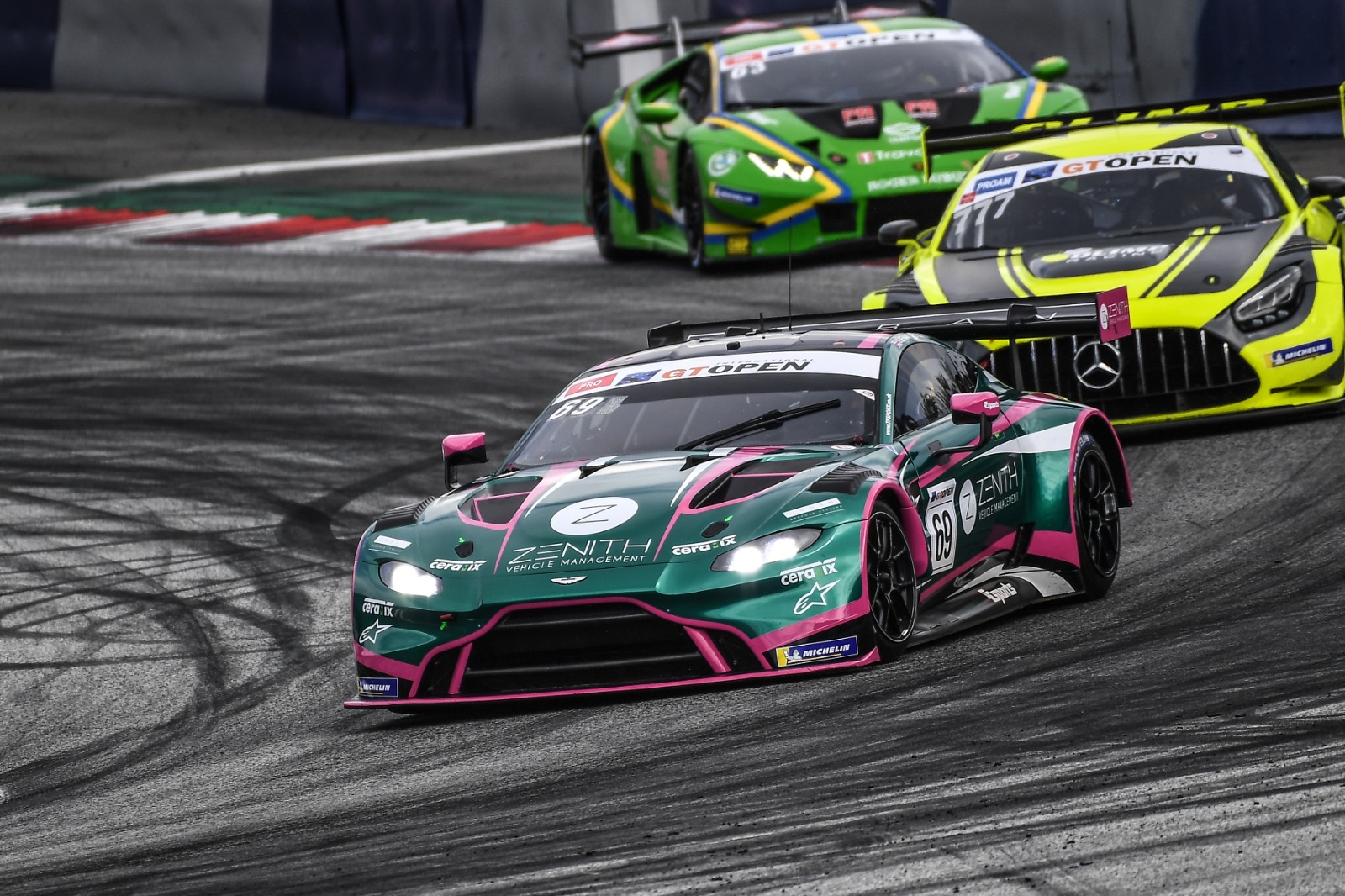 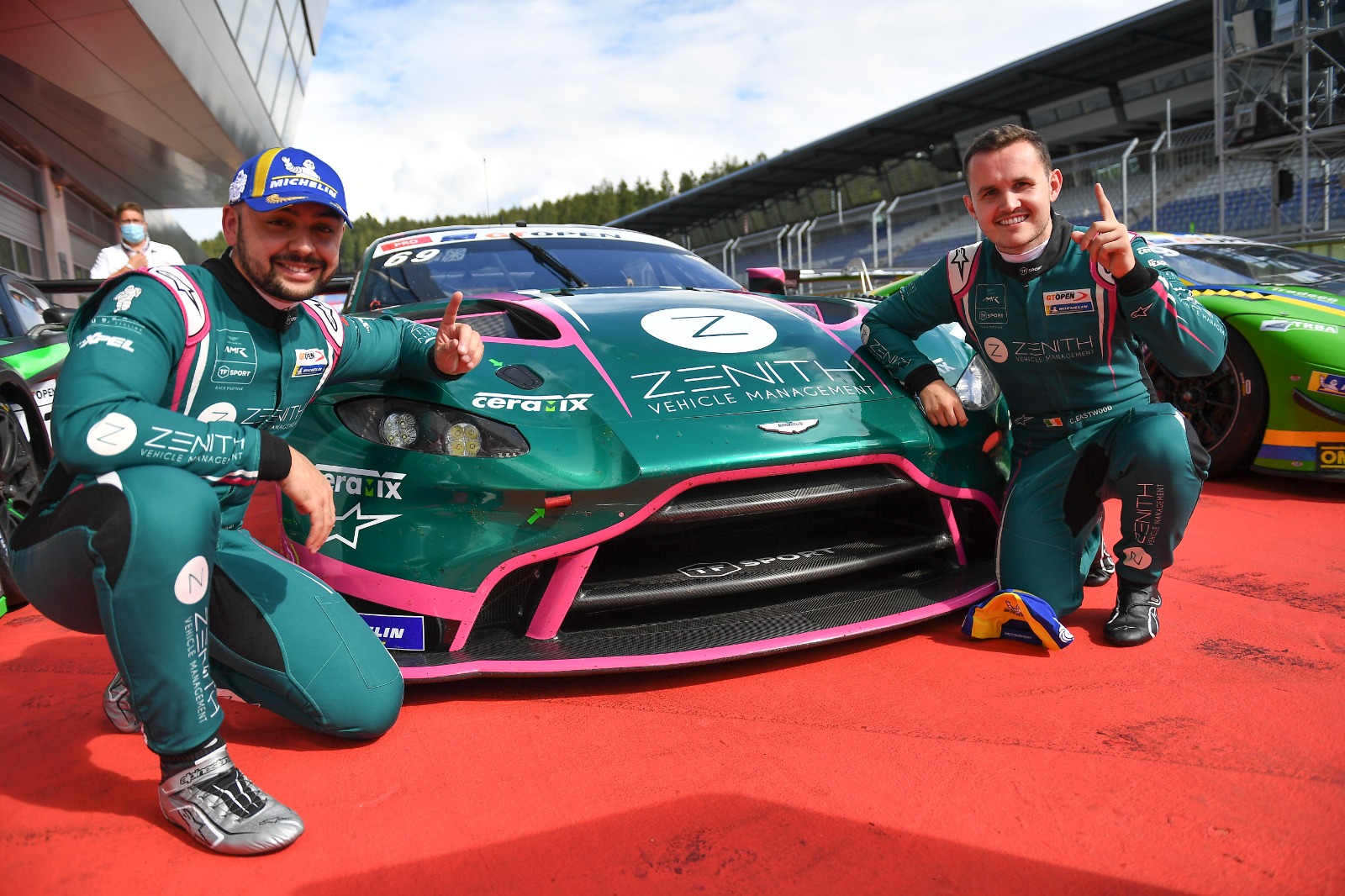 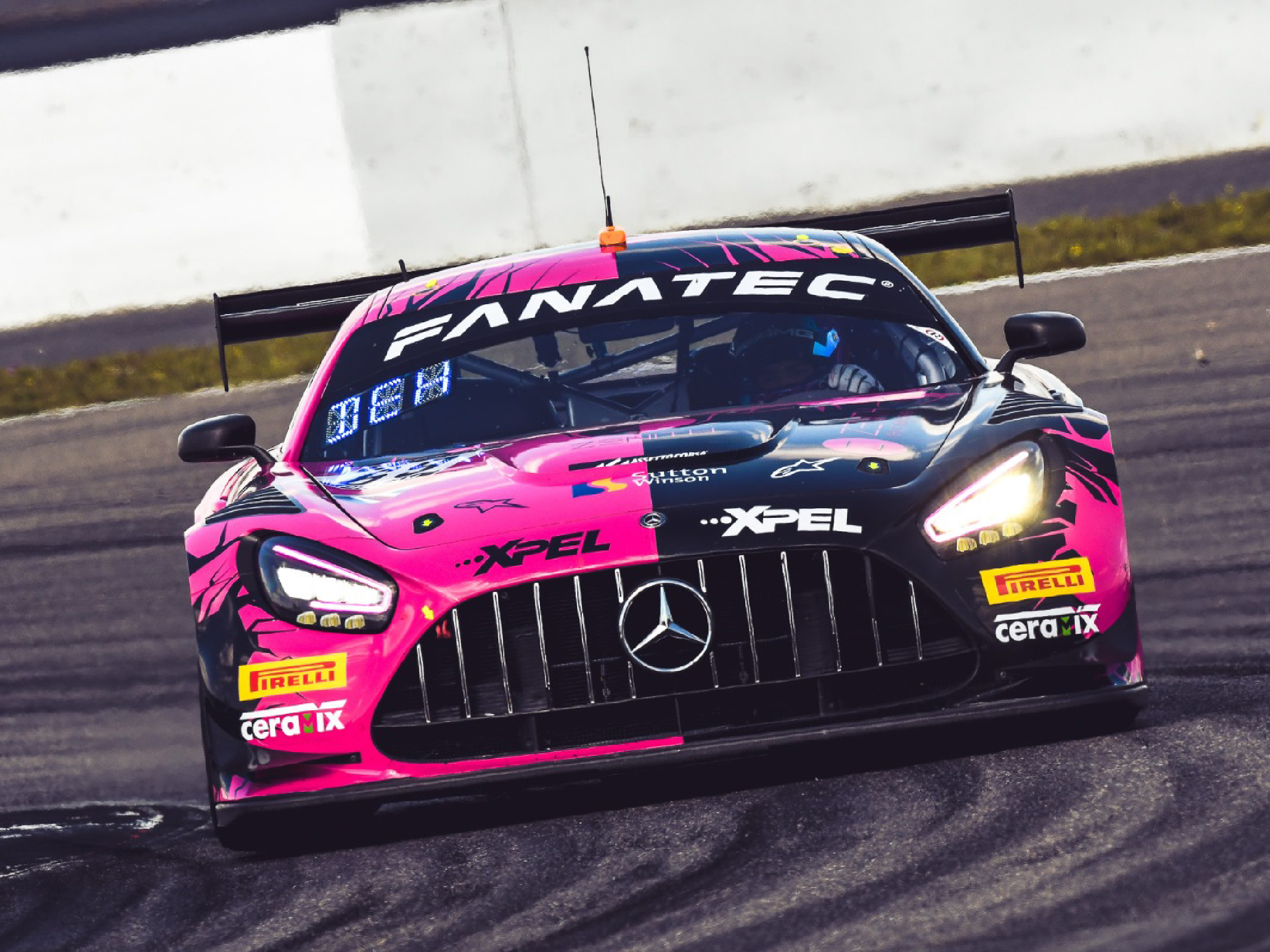 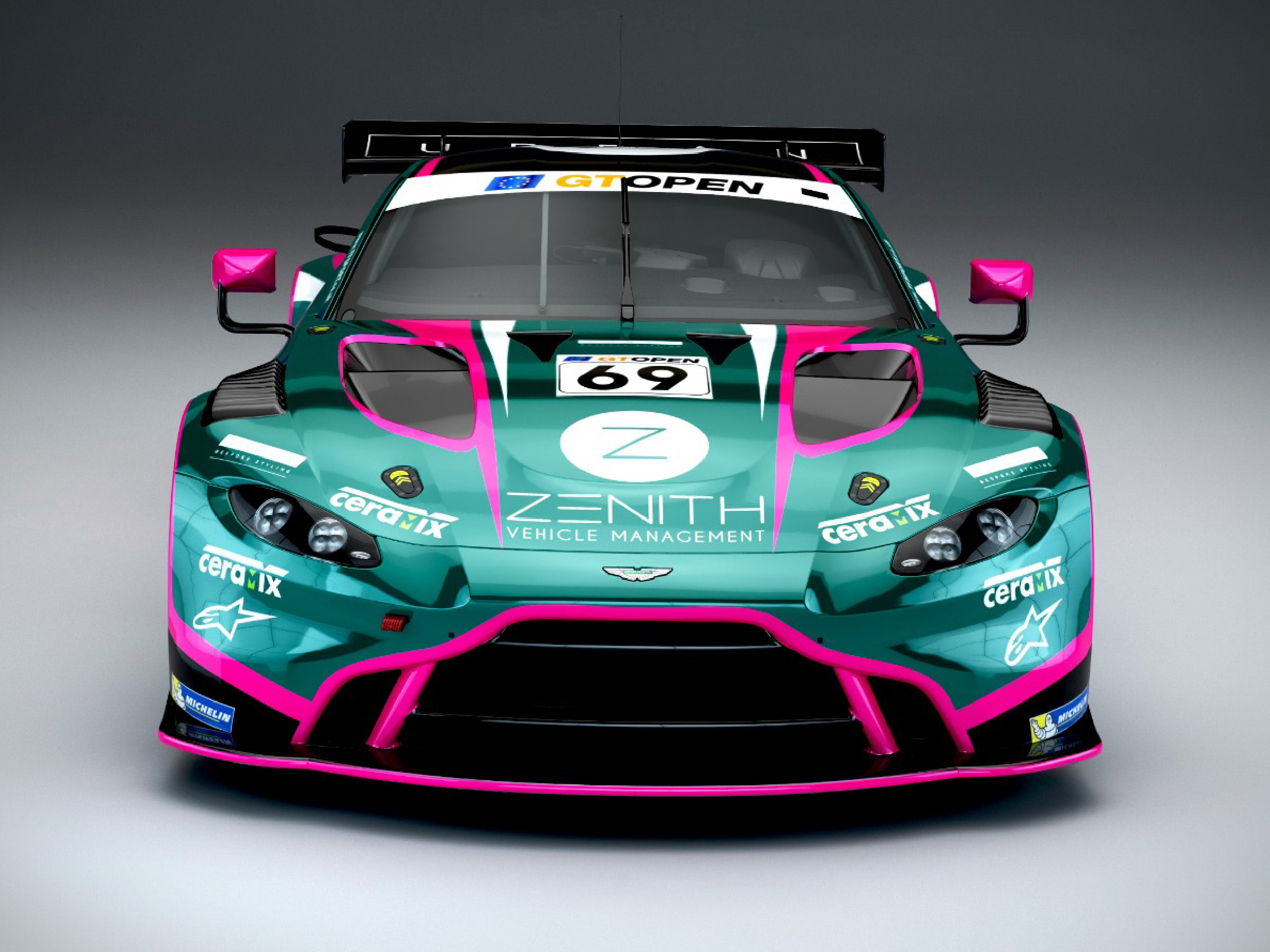